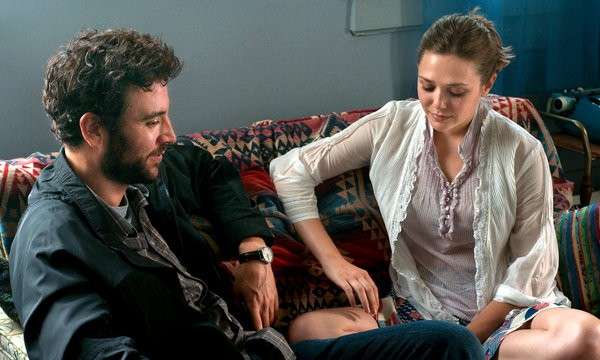 In 2004, the lead actor from a silly sitcom (Zach Braff of “Scrubs”), with no other notable credits to his name, wrote and directed an independent movie, “Garden State.”

In the movie, he romanced a talented, up-and-coming actress (Natalie Portman), and cast excellent actors (Peter Sarsgaard and Ian Holm) in supporting roles. The result was a sweet and funny little film that wrestled with some big ideas about growing up and facing down your past.

Now in 2012, the lead actor from a silly sitcom (Josh Radnor of “How I Met Your Mother”), with no other notable credits to his name, has written and directed an independent movie, “Liberal Arts.”

In the movie, he romances a talented, up-and-coming actress (Elizabeth Olsen), and has cast excellent actors (Richard Jenkins and Allison Janney) in supporting roles. The result is a sweet and funny little film that wrestles with some big ideas about growing up and facing down your past.

As you can see there are many ways in which “Liberal Arts” is the cosmic twin of “Garden State.” And even though the former isn’t as tightly plotted and polished as the latter, “Liberal Arts” does deliver the same thoughtful, amusing, warm fuzzies as its predecessor.

Radnor stars as Jesse, a 30-something admissions counselor working at a university in New York City. Jesse is stuck in a stunted career with only traces of a love life when he is invited back to his old liberal arts college in Ohio for the retirement party of a beloved professor (Jenkins).

It is there he meets Zibby (Olsen), a bright and charming 19-year-old coed and the two hit it off, sharing a love of classical music and thoughtful conversation. Jesse returns to New York, and this star-crossed pair begin to fall for each other while exchanging hand-written letters (how adorably quaint!).

However, their March-August romance is not without its problems because Jesse is unsure if he is more in love with Zibby or the idea of being 19 again.

“Liberal Arts” is competently made and executed as even a potential clunker of a side story involving Jesse and a troubled student (John Magaro) gets a satisfying resolution.

Radnor even manages to elicit a fantastic cameo performance from teen-heartthrob Zac Efron as Nat, a sort-of stoner/spirit-guide Jesse encounters while strolling through campus.

Jenkins is so dependably awesome as Jesse’s flaky mentor that I have to request he show up in every movie made from here on out. Even if he’s just walking a dog through the background, he could make any movie better.

Janney, whose own awesomeness is nearly as dependable as Jenkins’, gives a wonderfully caustic turn as one of Jesse’s old professors. Radnor himself is likably solid, even if he is merely playing a less cartoony version of his TV alter ego, Ted Mosby.

Through it all, it is Olsen who winds up shining the brightest. This younger sister of the infamous Olsen Twins has fully come into her own, showing a softer, more radiant side, following her darker, haunted breakthrough performance in last year’s “Martha Marcy May Marlene.”

Here, she practically defies you not to fall in love with her and proves she has the talent to map out a nice little career for herself as the Millennial Generation’s answer to Maggie Gyllenhaal.

“Liberal Arts” is a thoroughly enjoyable movie that proves that Radnor has the chops to be a decent filmmaker. We can only hope he doesn’t continue to mirror Braff’s career and follow up on this success by doing absolutely nothing. That’s right, Braff, I called you out. Get back to work.

“Liberal Arts” is unrated. It features adult language, situations, and some sexuality.

Pay attention to what ‘She Said’

Peel back the layers of ‘Glass Onion’