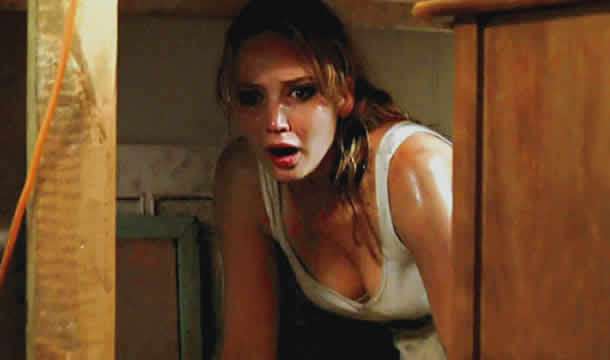 The horror genre produces a lot of bad movies. But what horror flicks lack in quality they usually make up for with enough gore and gruesomeness to give the audience enough thrilling shocks to justify the price of admission.

This is what makes PG-13 horror movies such a head scratcher. You have all of the usual (read: lousy) contrivances of your standard horror movie, but with the gore and the scares dialed way back. It’s the same crummy taste but with none of the thrill. PG-13 horror is like non-alcoholic beer &mdash; what’s the point?

This is not to say it is impossible to make a good PG-13 horror movie, but the degree of difficulty goes way, way up. Examples include the creepy and atmospheric “The Ring” or Sam Rami’s funhouse romp “Drag Me to Hell,” both of which buzzed with originality.

There’s nothing original at all about “House at the End of the Street,” yet another ineffective, training-wheels-attached, PG-13 horror movie.

What is most shocking about this film has nothing to do with any knife-wielding murderer, but is instead the fact that it stars a bound-for-much-better-things Jennifer Lawrence.

Lawrence already has an Academy Award nomination under her belt and with her starring turn in “The Hunger Games,” she is currently headlining a blockbuster franchise to boot.

She couldn’t be hotter right now, so what is she doing in this little clunker of a movie? Well, “House at the End of the Street” was filmed back in 2010, before Lawrence strapped on her bow and signed on to play Katniss Everdeen.

“House” sat on the shelf until now, a point in her career when Lawrence wouldn’t touch a movie like this with a 10-foot contract rider. She’s way better than this movie deserves.

Lawrence stars as Elissa, a brooding teenager who moves across the country with her mother (Elisabeth Shue), who I’m glad to see getting steady work again, even if it is in ridiculous movies like this and “Piranha”) to a house at the edge of a small, affluent town.

The titular house at the end of their secluded road was the sight of a grisly double-murder where a girl named Carrie Anne (Eva Link) killed her parents and ran off into the woods, never to be seen again (bum-bum-bummmm).

Naturally, hunky, emotionally damaged boys are like catnip to teenage girls and Elissa befriends Ryan against her mother’s well-intentioned wishes.

Of course, more is going on in Ryan’s house than meets the eye and a series of lame attempts at scares and painfully ludicrous plot twists follow.

“House” is more often bland and dull than engaging and tense, and even in the moments where it tries to be scary you’ll hear more giggles coming from the audience than gasps.

Even fine actresses like Lawrence and Shue (both of whom walked the red carpet on Oscar night, mind you) can’t do much of anything with this material. Their mother/daughter spats boast what feels like lost dialogue from a bad episode of “The Brady Bunch.”

There’s not much here for anybody. Horror fans probably wouldn’t even consider this to be a horror movie and everyone else can probably come up with better ways to spend an hour and a half of their lives.

The best directions I can give you are that when you come to the “House at the End of the Street,” just keep on going.

“House at the End of the Street” is rated PG-13 for intense sequences of violence and terror, thematic elements, language, some teen partying and brief drug material.