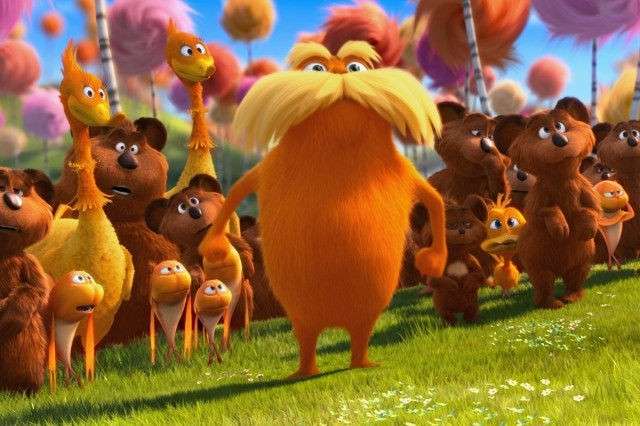 The phrase “I am the Lorax, I speak for the trees,” was my first introduction to environmentalism.

When I first heard these words read to me by my mother, it was the 1980s and overall environmental consciousness was still in its infancy.

In fact, when Dr. Seuss first published “The Lorax” in 1971 it was at an important turning point in human history. Up to that point, for as long as we as a species had been dragging our knuckles around this planet, nature was actively trying to kill us.

For millennia, we struggled against freezing winters, malaria-filled swamps, and baby-eating dingoes until finally in the 20th Century thanks to the Industrial Revolution we finally had the upper hand. Eat it, nature!

Of course, it slowly began to dawn on us that beating nature into submission had a lot of unintended consequences such as smog, cancer clusters, and melting ice caps. Stupid nature, it’s craftier than a Bond villain.

Dr. Seuss’s story of a strange little mustachioed creature named the Lorax who rails against greedy deforestation was one of the first instances of pop culture sounding the alarm on this issue.

Now “The Lorax” is getting the big-screen treatment from the animation team behind “Despicable Me” and the result is a fairly loving adaptation that manages to be funny and entertaining without being preachy or pandering. That’s a tough line to walk, especially considering the material.

The original story remains largely intact as a recluse named the Once-ler (voiced by Ed Helms) tells a boy named Ted (voiced by Zac Efron) how a lush forest became a desolate wasteland.

The Once-ler tells of how as a young man he came upon a forest of Truffula trees which were perfect material for his invention, a versatile garment called a thneed.

The forest was populated by a menagerie of goofy creatures, including loopy bears and dancing fish, which provide the majority of the movie’s laughs.

When the Once-ler chops down his first Truffula tree the act summons the Lorax (Danny DeVito, who just so happens to resemble a hairy, mythological creature in real life), who warns the Once-ler that his actions will have dire consequences.

The Once-ler agrees to behave, that is until demand for thneeds shoots through the roof and the money begins rolling in. Faster than you can count “one fish, two fish” the greedy Once-ler begins chopping down more and more trees as his factory belches pollution into the countryside.

The movie fleshes out Ted’s backstory as a resident of Thneedville, a plastic town where the trees run on batteries and there is no trace of nature to be found. Ted wants to impress Audrey (Taylor Swift), the pretty girl down the street who longs to see a real tree.

On the advice of his grandmother (Betty White), Ted ventures beyond the walls of his idyllic town into the bleak, treeless wilderness to find the Once-ler, now bankrupt and alone.

“The Lorax” features some catchy tunes and impressive animation that is bright and lively even from behind the shade of 3D glasses.

What I found most impressive about the movie is that it manages to make its point without beating you over the head with its green-tinted message. I won’t go as far as to say it is subtle, but for an animated family movie, this light touch is surprisingly effective.

Most importantly, a lot of deference is paid to Dr. Seuss; it even opens on March 2 which would have been his 108th birthday. “The Lorax” is a spirited homage to a man who was a part of so many childhoods and who introduced entire generations to conservation. I’m sure the trees are glad he spoke up.

“The Lorax” is rated PG for brief mild language.