A big-budget movie that is boldly original is such a rare thing at the multiplex these days that it is worthy of celebration even if it winds up missing the mark.

You’ll see a lot of stuff you’ve never seen before in “Nope,” and on top of that it is an impeccably well-made movie – so those two things alone make it worth your attention.

“Nope” is written and directed by Jordan Peele and every movie he makes, fairly or not, will be compared to his feature debut “Get Out,” a horror-movie masterpiece.

While “Nope” is no “Get Out,” you can start to see Peele stretching his creative wings as this is unquestionably his most ambitious film yet as he blurs the genres of science fiction and horror.

Peele reunites with his “Get Out” star Daniel Kaluuya who plays OJ Haywood, the operator of a horse ranch in rural California that supplies stunt horses for the movie industry.

OJ is reserved, hardworking and much more comfortable with animals than people, while his sister Emerald (Keke Palmer) is more interested in the glamor and hustle of Hollywood.

Their ranch is situated in a remote, high-desert valley and their only real neighbor is a Western-themed tourist trap operated by former child star Jupe Park (Steven Yeun).

Things get weird when something strange starts to appear in the sky and horses start to disappear. OJ and Emerald enlist the help of a high-strung tech whiz (Brandon Perea) and an oddball cinematographer (Michael Wincott) to capture the phenomenon on film. Everyone winds up getting more than they bargained for.

You can definitely see Peele’s Spielberg influences as “Nope” invokes movies like “Close Encounters of the Third Kind” and “Jaws” with gobs of visual spectacle to feast your eyes upon.

But it was actually the subplot involving Yeun’s character Jupe that I found to be much more interesting and unsettling.

Peele is such a master at unpeeling the onion of a story and keeping the audience guessing with misdirection, that when Jupe’s story arc gets brushed aside without any real emotional conclusion, it feels like a disappointment.

It was through that part of the story that Peele was playing with the movie’s really big ideas involving exploitation, trauma and fame, that if he had been able to tie it all together would have really elevated this film.

Even still, “Nope” is a big swing and a breath of cinematic fresh air amidst all of the sequels and franchises rolling off the assembly line these days. Thrill seekers will find it to be a ride worth taking.

“Nope” is rated R for language throughout and some violence/bloody images. 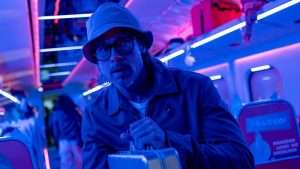 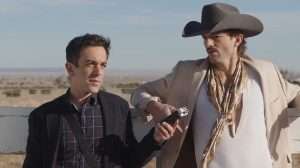 ‘Vengeance’ is a killer directorial debut 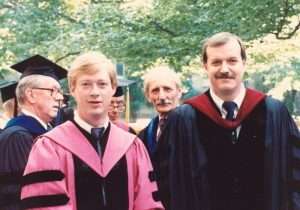